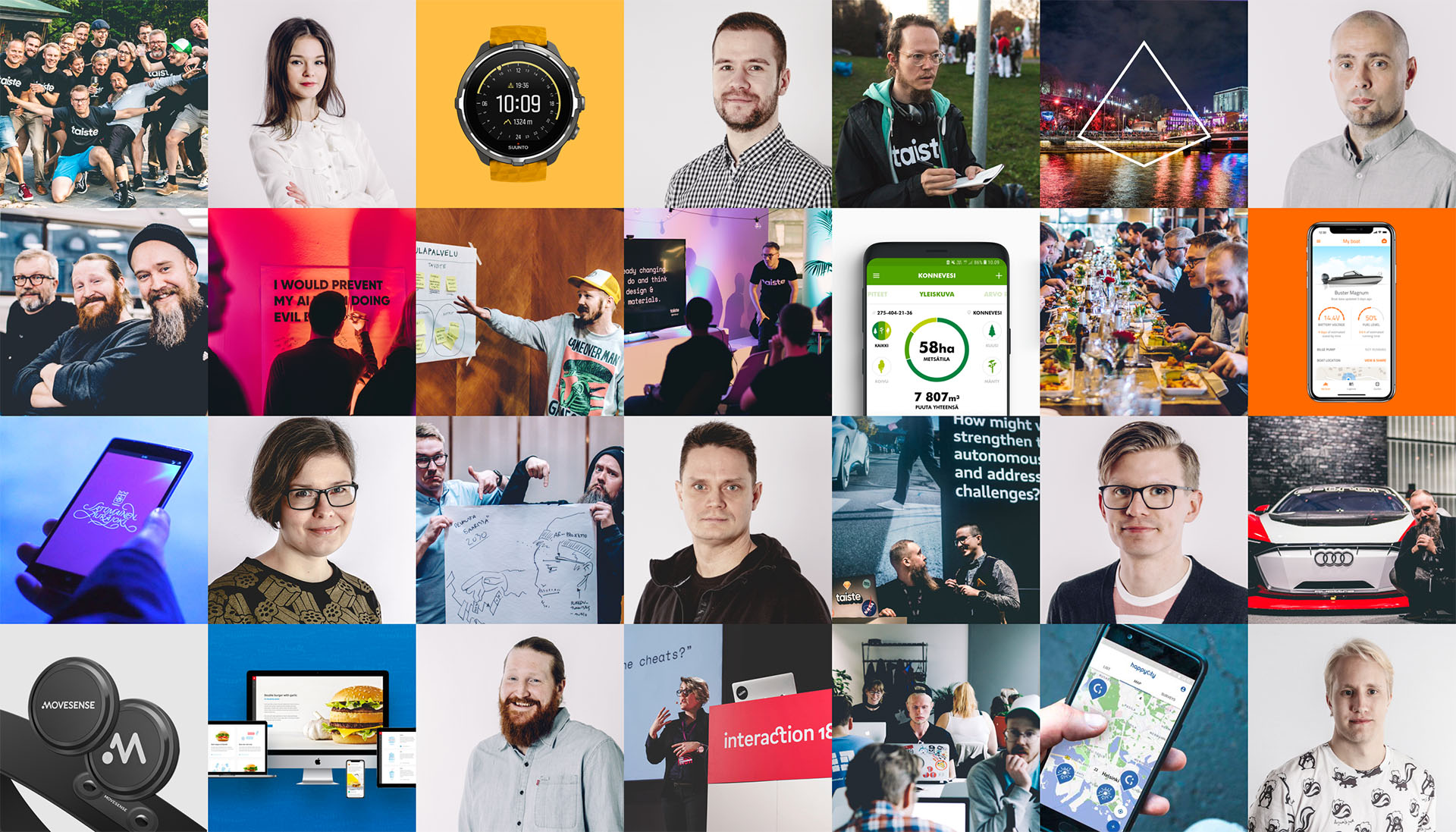 In 2018, the leaps we made as a company reflected what was happening in the realm of technology – and the world in general.

In 2018, the leaps we made as a company reflected what was happening in the realm of technology – and the world in general.

According to late futurist Roy Amara, we humans tend to underestimate the effects of technology in the long run, but overestimate them in the short run.Maybe we are just victims of the said phenomenon, but it feels like so much has changed around us since we last wrote our yearly report. Perhaps the state of the world is such that evolving tech has not so much been a question of following the latest fads or jumping on a hype train – it’s been downright necessary.

In 2018, the developments in tech have been characterised by a sense of urgency. And interestingly enough, that mindset and many of the global hot topics have also been present our increasingly swift and eventful journey as a company.

The Many Faces Of AI

Artificial Intelligence was on everyone’s lips in 2018. What we found inspiring was the breathtaking speed in which the discussion became popular within so many disciplines. If we truly want to make the most of AI (and avoid its potential pitfalls), the phenomenon and its potential applications need to be understood by a wide range of professionals.

We helped an exciting new startup Saidot in their mission to build more trustworthy AIs and teamed up with Turku AI Society to organise an event that gathered people with a wide array of backgrounds to discuss the present and the future of AI in terms of what it all means in terms of actually designing services that utilise it. In case you missed it, here’s a recap of the talk our UX Designer Joni gave at the event.

Towards A More Responsible Future

In late 2018, Finnish fast food chain Hesburger released a short documentary promoting taking action against climate change. Being a company whose business has for decades been built around meat products, this was a bold and respectable move. In addition to seeking ethical solutions to packaging and production, the food chain has begun developing plant-based protein products.

The idea of minimising waste was also present in the way Hesburger sought to make their in-house development more efficient. We had the honour of building the company a comprehensive design system. Simply put, it is a continuously updated design guide and component/layout library to be used in Hesburger’s internal systems. The idea is that when every separate system follows the same principles in terms of user interfaces, visual language and code, it becomes much easier to manage and update. And perhaps most importantly, consistent and less confusing user experience for every Hesburger employer.

Striving towards sustainability has gone hand in hand with the philosophy of doing more with less: not just digitalising stuff for the sake of it.

It has been interesting to see how striving towards sustainability has gone hand in hand with the philosophy of doing more with less: not just digitalising stuff for the sake of it, but rather only building services that have real substance and are as inclusive as possible. This was a common theme at both the World Usability Day conference in Tallinn and Interaction18 event in Lyon. A blog post we wrote on the latter can be found here, Interaction18 -report

Anna, our Design Anthropologist gave a talk about trust, fear and grief in digital design at Interaction18:

The Power of UX & Innovation in Digitalised Transportation

Talking of issues of responsibility and making things more efficient, the digitalisation of vehicles was definitely a source of some heated discussion during the past year. Electric cars especially are a great challenge from usability and safety perspectives. This was evident at Audi's Mobility Quotient in Ingolstadt, Germany – an event that aptly shed light on the said issues. Here's our take on some of the things that went down there.

Notably, we happened to work on one new transportation-related case ourselves: building an innovative application for Buster Boats. Integrated with the Buster Q system found on all the new Buster models, the app allows the users to remotely monitor the status and location of their boat as well as create a digital logbook of their journeys at sea. This marked the first time a major boat manufacturer has offered such a service and thus, we're extremely excited about where the project might take us in 2019.

In our yearly recap blog post last year, we joked about needing "a bigger boat". Turned out we ended up getting both the new boat and some new crew members to steer it.

In July, we opened our new Helsinki office in Lönnrotinkatu that does not stand in the shadow of our Turku HQ anymore. Sami Sorvali, a veteran in all things UX, was recruited as the Design Director for the shiny new premises.

All in all, the Taiste family was joined by eight new people – some of them mostly working in Helsinki and others in Turku. Over the course of the year, we have gotten to know talented and inspiring new colleagues through various projects we have worked on together. We have also made our boat swifter by fine-tuning our internal processes even further. Moreover, we have organised several fantastic events and bonded over food, drinks and games.

The Night of the Digital Arts event celebrated the opening of our new Helsinki office:

The ever-changing landscape of our field of work, alongside with the growing size of our team and operations has and will continue to push us to broaden our horizons and become even better in terms of what we can and want to do.

We want to be on the side of digitalisation that does not produce digital waste.

With that in mind, perhaps the most important thing we have already learned of 2019 is this: while we must continue to adapt to the rapidly changing technologies, staying true to our core value of building things that are of actual value is more important than ever. We want to be on the side of digitalisation that does not produce digital waste, but rather helpful things that are well thought out, effective and save our time instead of consuming more of it.

The world does not need more clutter, and we have always believed that this philosophy of quality over quantity yields better results for both our customers and the people using our creations. And the fact that there is now an ever-growing, global tendency to move towards this ideal cannot be overstated. It's not always an illusion; sometimes things indeed do move forward quite fast.