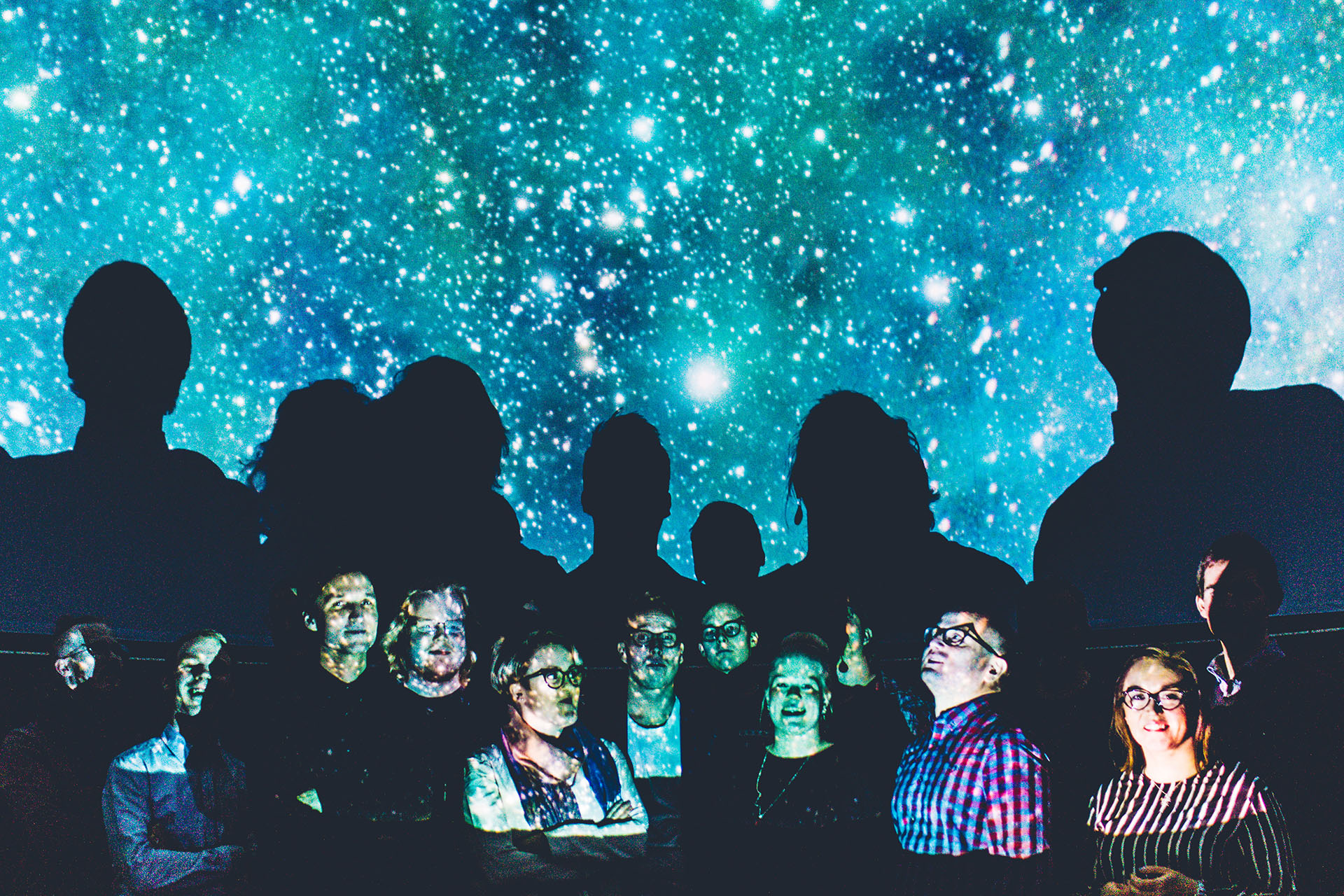 The year 2017 at Taiste has been quite a ride. This is the story of those 12 months.

Great Scott. 2017 has been quite a ride. There has been sweat, tears, laughter and a countless number of caffeinated drinks consumed.

We have both continued and started exciting projects. New team members have joined our ranks. And amidst it all, we have updated our processes, built ourselves a new brand and sharpened our approaches to suit even greater challenges.This is the story of those 12 months. Let's dive right in.

The scale of our biggest projects has been wider than ever. In addition to continuing our work with the Finnish Taxi Owners’ Federation and UPM into new bold directions, we have significantly broadened our horizons in our close design co-operation with Suunto.

Satumainen Aurajoki is a project by Turku City Council and Veijonen Consulting. The aim is to turn the surroundings of River Aura into a series of light installations, art, and interactive entertainment. We designed and built the official application, in which the users seek to unlock hidden soundscapes around the area.

Design anthropology has been an invaluable tool in helping our customers with service design problems. A great showcase for this is no doubt Space Nation, an ambitious startup whose goal is to create the world’s biggest community for space discovery. Throughout the year, we have helped them to validate ideas with research, focus groups and interviews.

Other great projects in 2017 included Happycity, a service that enables the citizens to help making their city better, and Olotila, a service for IBD patients.
‍

This year, we have refined our upkeep processes with a number of new methods. In terms of decision-making, OODA has proven to be the most helpful. Short for Observation, Orientation, Decision, and Action, OODA was originally developed to be used by pilots in the US Air Force.

In digital service design, the ability to make the best possible decisions in the face of the quickly changing environment is a must. Thus, OODA has proven to be of great help for us and our clients, too. The method has been crucial in our 24/7 administration of Valopilkku. It has also has led to – among other things – improving the dashboards and automatic alerts in our other products, too.

2017 has also been a landmark in terms of international credibility. In February Musiclock, a music theory app we created for PerTunes won the Expressing category at the prestigious Interaction Awards in New York. Later in November, the service was also awarded bronze at UX Awards in Palo Alto, CA.

To be able to stand alongside this industry’s greatest talent is both an honor and a reminder of the level of quality we should strive for in everything we do. In terms of international credibility, we also took a giant leap forward with our new brand – a year of work that culminated to the release of our shiny new website. We put a lot of thought to updating our value proposition. We feel the final work aptly represents who we are right now – and sets the bar of expectations high, just the way it should be. The brand work included producing a video showcasing the company, our employees and clients:

A leap into the future

Sure, we’re proud of everything we have been involved with during the past year. But what does it all mean to you?

Our priority is to be able to create as much value to our customers as possible. And the fact that we now fit nicely into much bigger shoes enables to do just that. In 2018, we promise to continue to reach for the stars and create services that leave a positive mark on the world around us. Our warmest thanks to all our clients, colleagues, associates and friends. Now, let’s steer this spaceship to 2018 and beyond!

Bonus Feature: Our year in Tweets

Apart from massive undertakings and fancy awards, our year was filled with smaller, but equally memorable moments. From student workshops to sponsoring an electronic music festival, here are some of those highlights represented by Tweets:
‍

As fans of electronic music, we're supporting #WAMbience festival, held 7.-8.10 at Wäinö Aaltonen museum, Turku. Hope to see you all there! pic.twitter.com/DxsozrGDjq

Yesterday, @IxDA Turku gathered at our office to discuss organising events. With a team this enthusiastic, the future looks bright! #ixda pic.twitter.com/G17PtDb8Vc

If you ever need a company to code for you blind, @taiste is the way to go. 2/3 rounds won with absolutely stunning results. pic.twitter.com/BmdjaqR90A

We just started an intense and workshop oriented co-operation with @UniTurku's student organizations #Asteriski and #Digit. Fun times ahead! pic.twitter.com/Y7sd5BIM35

We are hosting the first ever #ixdaturku meetup on May 17! The seats are very limited – register now to join in! https://t.co/dmJDeeoXAJ

Our new look is shaping up. pic.twitter.com/eyPs2JJ8ES

Our Android samurai @TimoVesalainen built a demo for a bokken sword w/ @MovesenseSensor . Read his tale in our blog: https://t.co/QcGPsNFGcB pic.twitter.com/tdVWoPRly0

If you happen to be attending @tedxturku tonight (and you should be!), you might bump into some familiar faces. Our very own @Ahaverine will be talking about digitality, death and mourning to cheer your weekend up. See you there! #TEDxTurku pic.twitter.com/tzZ6JUMmxE