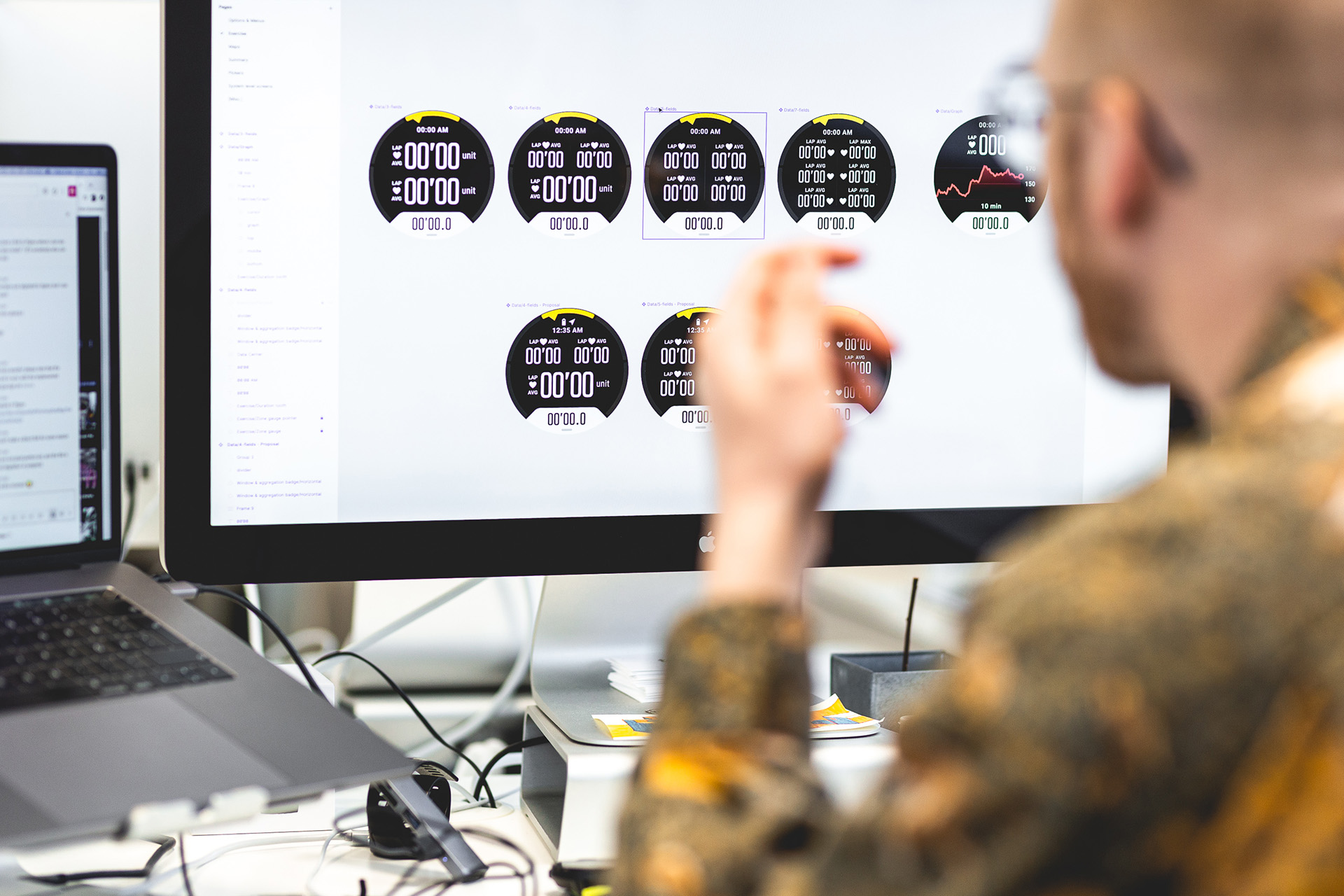 Our UX Designer Valtteri spent the last 3 years creating the user experience for the groundbreaking Suunto 7 smartwatch. This is the story of what he learned during that time.

Roughly 2.5 years ago, quite a special task landed on my desk. I was asked to reimagine what the Suunto sports watch user interfaces of that time would look like if they lived inside Android Wear devices. Eventually, what was supposed to be a one time task became the start of a long team effort in wearable design and development. In 2020, it has led us to the release of Suunto 7 – Suunto's first sports watch with Google’s Wear OS operating system.

Having previously worked mostly on mobile and desktop apps, the project felt like jumping head-on into the deep end of the pool. A pool filled with smartwatches.

Working on Suunto 7 has been one of the greatest learning experiences of my career.

And even though that metaphor sounds painful: what a rewarding dive it has been! Working on Suunto 7 has been one of the greatest learning experiences of my career.

Sometimes, it was also a strange experience. For obvious reasons, I was not allowed to discuss any details of the project with anyone outside Suunto, including my colleagues at Taiste. As my work life consisted almost exclusively of Suunto 7, it occasionally felt like living between two worlds.In this article, I will share some of the thoughts on this working model and the state of smartwatch design that have occupied my mind during the process.

These days, nearly every smartwatch offers at least some kind of fitness features. But what makes Suunto a special player in the field is decades of experience in very diverse sports and outdoors functions. With technology to handle over 70 sport modes and detailed heatmaps, Suunto 7 brings serious sports tracking features to the smartwatch game.

Adapting these features into a Wear OS platform was a bit of a challenge. We’ve used to seeing the more hardcore sports devices to have a bit more spartan physical features, with rugged button interfaces and lo-fi displays. Their UIs are shaped around that experience, so it is not a straightforward task to transform that to a device that has a modern display, touch screen and an operating system with fixed patterns.

On one hand, it’s important to keep things familiar and try to include all the good designs that have already been meticulously built in Suunto’s previous devices. After all, it is a Suunto device, and it should feel like a sister product and not a distant cousin who you don’t ever really talk to. On the other hand, we want to create a consistent experience within the watch, too. And that can only be done by embracing the Wear OS patterns in our designs to make it feel one.

At first, adaptation seemed like an easy job compared to building things from scratch, but in the end, it gave us more dilemmas that I could even imagine. But there’s a brighter side, trying to fit these different parts together, seems to spark novel approaches that serve the possibilities of the platform and device much better.You just have to shuffle the blocks around. A lot.

Round screens are still uncharted territory

Non-rectangular screens have intrigued me ever since I started working on digital graphics. So far, smartwatches with round displays are one of the only practical examples of them in consumer electronics.

I believe that the most interesting UI design of the following years will most likely emerge on these types of devices.

However, practically all UI design and development is still based on rectangular layouts. This is the case with smartwatches too. The cartesian coordinate system with vertical and horizontal positioning is not something you can just toss into the garbage and expect things to automagically work on circular screens.In many ways, UX conventions for these relatively new types of devices have not yet been established in the same way as in their smartphone counterparts. Also, developer toolsets and frameworks for fitting stuff inside circles seem quite limited.

That is part of the fun, though! It just means that there is a lot of room for experimentation and novel approaches. I believe that the most interesting UI design of the following years will most likely emerge on these types of devices.

From the developers' perspective, Wear OS is not that different from regular Android. In a way, this also applies to designers; even though the UI patterns are somewhat different, the building blocks are pretty much the same. Also, most Wear OS devices have a touch screen. What I'm trying to say is that designing for them has a lot of common ground with mobile.

Where things get wildly different though, is the fact that unlike smartphones, most of these screens are no bigger than a large coin. This creates some challenges. There is very little space to communicate the user what they are supposed to do – and big fingers, gloves, crappy weather etc. can ruin the experience way easier than with bigger screens. Which is why it bugs me that so many wearable devices in recent years have been equipped with just one or even zero physical buttons.

Luckily, Suunto 7 does not sacrifice buttons in the name of minimalism, which has made it easier to design an experience that works reliably in all conditions. In my mind, having just enough buttons is still one of the best ways to counter the UX problems in these devices.Besides, isn’t it satisfying to hear and feel that click of a button? (insert your feelgood emoji of choice here).

About working on a single project for 3 years straight

In wrong conditions, working this exclusively on one customer project could potentially become unmotivating and isolate people from their working community. Especially because you're not allowed to talk about it with anyone outside the team before it's public. In this case, however, it did the opposite.

Having been able to concentrate solely on one, extremely interesting project for nearly three years has allowed me to focus exceptionally well. Being thrown in amongst a team of strangers can be intimidating at first, especially when you're mostly working remotely from another city. But luckily, during such a long and intense collaboration, it does not take long to become an integral part of the team despite the occasional distance. I ended up getting even more invested in the project and the team than usual, which felt very rewarding in itself.

Working like this may not be for everyone. You have to learn to embrace constant train travel, do most of the communication via Slack – while actively trying not to get disconnected from what is going on at your actual workplace.

For me, however, the positives completely outweigh the negatives. When you reach the flow state in a project you have dedicated years of your life to, there's nothing else quite like it. Truth be told, I’m not sure I would want it any other way anymore.

The Suunto 7 is now out on the store shelves, and the UI screens that once were hidden on our desktops, now adorn advertisement banners. The reception has been pretty good, and I feel very proud of what we accomplished. However, two years ago I anticipated the product launch to be a euphoric conclusion, but instead, I feel even more dedicated to keep working with it and enhance the product for future updates. I guess it’s my baby now.

‍Interested in grabbing yourself a shiny new Suunto 7? Head over to Suunto's online store by clicking here.

Want to read more about our co-operation with Suunto? Check out our Suunto case page. 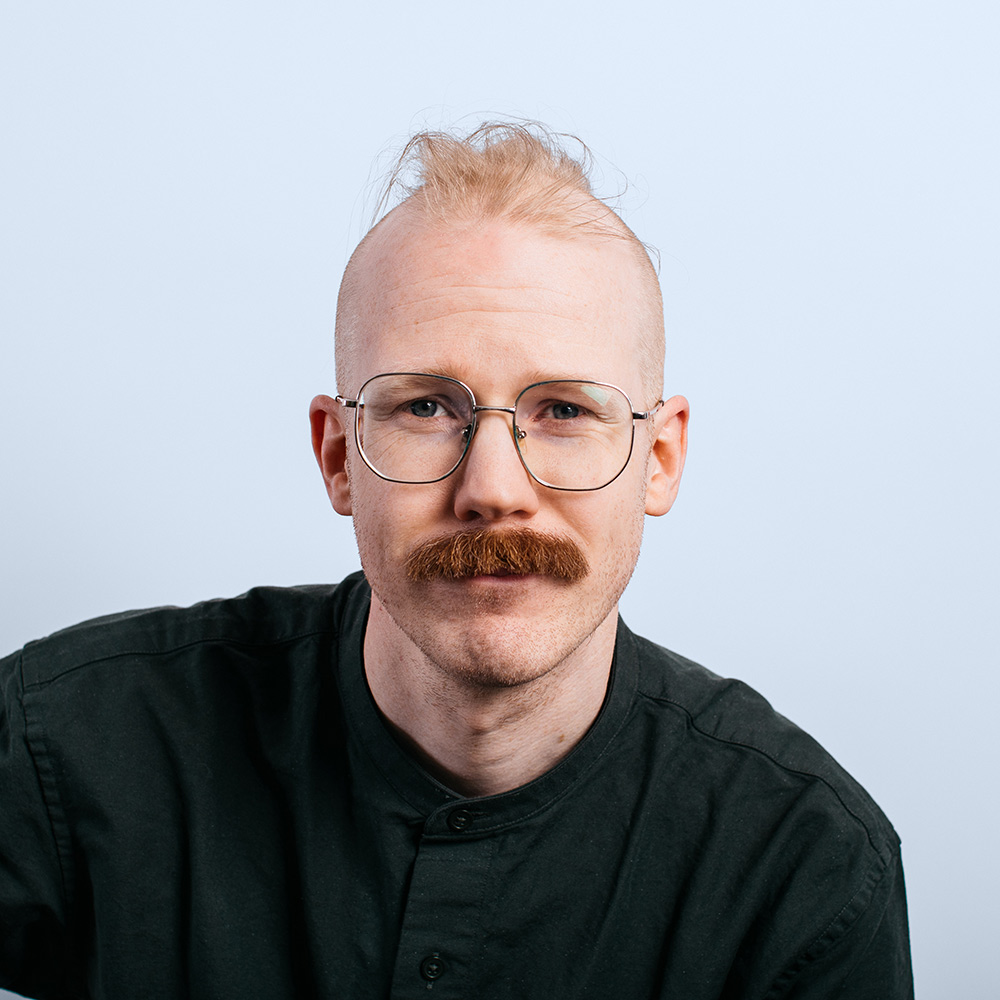 An expert in all things UX, Valtteri's strong technical skills and background in animation bring a lot to the table in any project he participates in. He's also an avid electronic music producer, choir singer, DJ and crafts enthusiast.