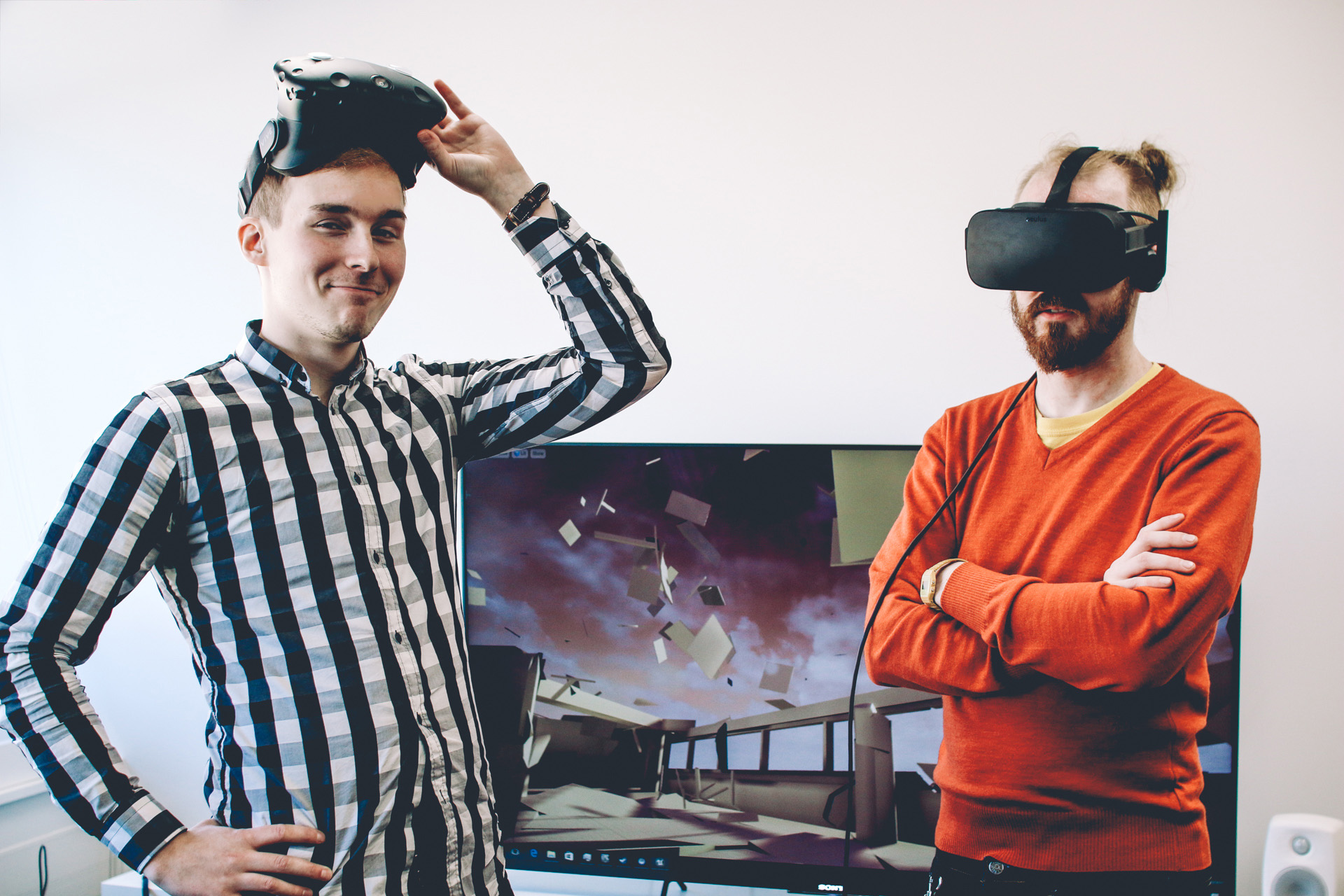 How we blew up our office in virtual reality

Virtual reality is on everyone’s lips. We experimented with the technology by creating a demo in which our beloved office explodes into pieces.

These days, virtual reality is on everybody’s lips. We decided to tip our toes to the possibilities of the technology by creating a demo in which our beloved office explodes into pieces.

Everyone is talking about virtual reality. Oculus Rift and HTC Vive are now available for regular consumers who are not afraid to invest to a high-end tabletop PC. At the same time, the market is also filling up nicely with cheaper alternatives such as Google Cardboard, the all-new Google Daydream and Samsung Gear.

For obvious reasons, the gaming industry in particular has been eager to make use of virtual reality. However, a wide array of other businesses has been following the development of the technology with great interest as well. Facebook founder Mark Zuckerberg's presentation at the Oculus Connect convention showcased the future of the medium: in an awe-inspiring demo, Zuckerberg and his teammates had conversations in various VR spaces as cartoon avatars, complete with real-time facial expression recognition.

Watching the demo and imagining all the things that VR might soon enable us to do, it is no wonder that in Finland alone, 84% of corporate managers said they were interested in utilising VR in their services. For a technology whose possibilities can still largely be filed under “uncharted territory”, this is big.

Always inspired by new things, our very own UX Designer Valtteri Mäki and software developer Juho Kaasalainen decided to create a quick demo in VR.Valtteri Mäki: I have long been involved in 3D graphics and gaming technologies in my studies, working life and free time, so I’m obviously psyched about VR. When it came to our demo, we basically wanted to play around with the technology and create something visually interesting, but also something that would not take too much time to implement.

Developing for VR is already surprisingly smooth – and definitely something we are looking forward to experimenting with in our customer projects also.

Juho Kaasalainen: HTC Vive was our platform of choice, since we wanted to utilise its unique controllers. The demo itself was created using Unreal Engine and various 3D tools. The idea for our VR was to create another, strange version of the same place where you’re currently standing – which in this case had to be our office in Turku. At the very start of the experience, this virtual version of the office explodes into tiny little pieces.

VM: At this point I just have to say that I deny that the concept has anything to with any kind of passive-aggressive feelings toward our working environment.

‍JK: You are aware of how making a demo of blowing up our office sounds like, though?

‍VM: ANYWAYS, I WAS SAYING. After the explosion, the user can interact with the floating pieces of what used to be our office by using the Vive controllers. Even though all this was quite simple stuff, it was nevertheless interesting to notice how easy it was to make the application a bit too heavy to run, even for our relatively high-end test computer. In virtual reality, this means that the result will make the user feel sick more easily. And that is something that you definitely don’t want to do.

‍JK: Delightful however was the fact that apart from some minor problems with frame rates, viewing angles and positioning the helmet, using the built-in tools for the Unreal Engine was a breeze.

‍VM: All in all, the project made us realise how developing for VR is already surprisingly smooth – and definitely something we are looking forward to experimenting with in our customer projects also. With or without explosions.