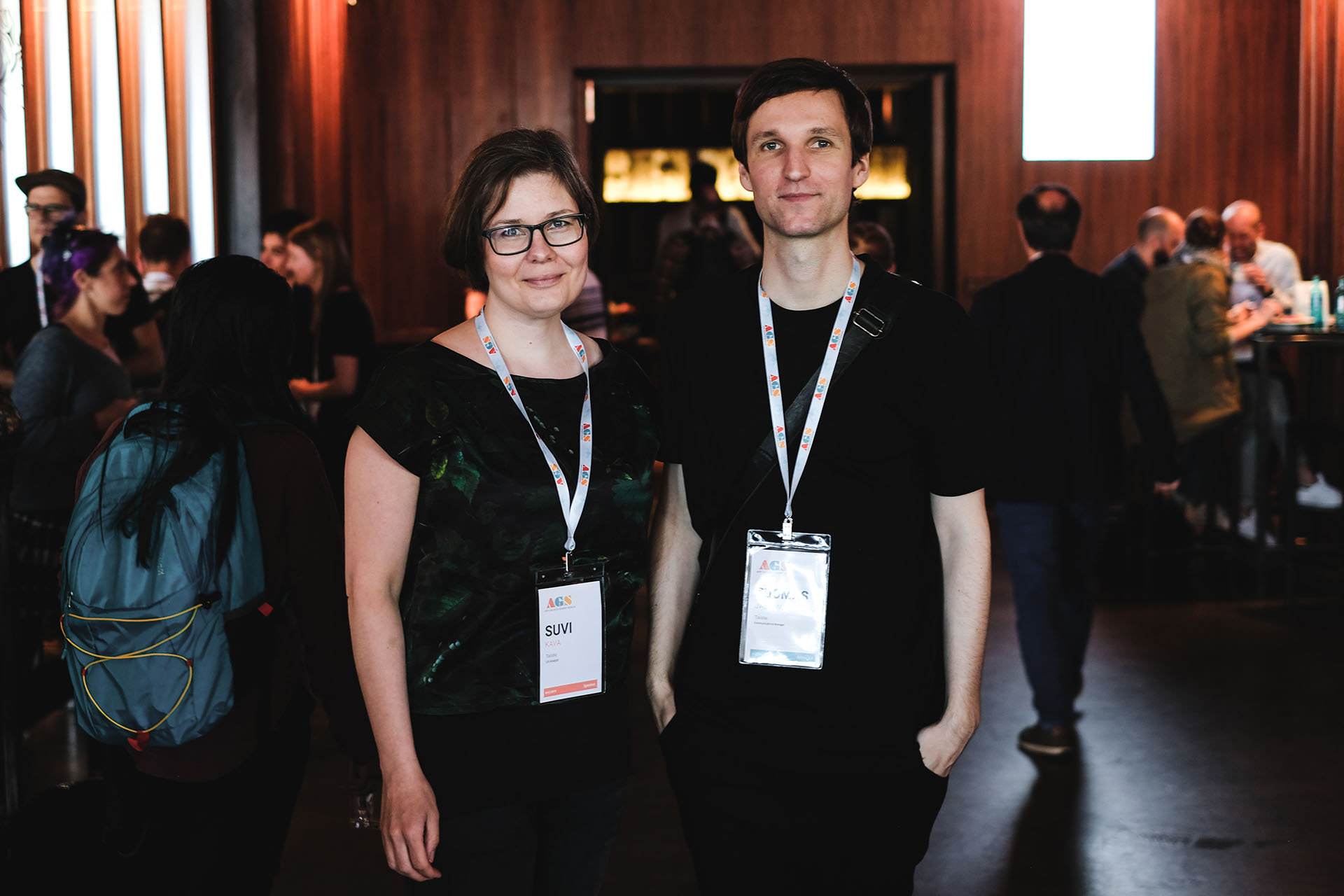 Tuomas and Suvi travelled to Berlin's ASO Conference and App Growth Summit to catch up on the latest news on how to succeed at app marketing. This is what they learned.

Tuomas and Suvi travelled to Berlin's ASO Conference and App Growth Summit to catch up on the latest news on how to succeed at app marketing. This is what they learned.

It is not often that you get to combine travelling to one of your favourite cities with two relevant and interesting conferences on subsequent days. However, that's precisely what happened when we flew to App Store Optimization Conference and App Growth Summit in Berlin this May.App Store Optimisation (ASO) is a continuous marketing effort whose focus is on gaining visibility, downloads and engagement within the highly competitive world of app marketplaces, mainly Apple's App Store and Google Play.

A long time ago, it used to be that ASO was all about finding the right keywords for your app. But these days, the situation is way more complex.

A long time ago, it used to be that ASO was all about finding the right keywords for your app. But these days, the situation is way more complex: to be able to stand any kind of chance in the battle for your potential users' attention and time, you need to invest in expert-level ASO that understands the ins and outs of not only the marketplaces themselves but also the myriads of digital marketing channels relevant to your case.

Google and Apple are killing the way ASO the way it was previously done. In the old days, it was perhaps most important to find great keywords for your app, so that people could then find it using the class search function. Nowadays, app marketplace user interfaces put a lot more emphasis on their personalised explore features (the suggestions you see when you're simply browsing the store feed). For the app developers, this means essentially two things: firstly, less and less app downloads come from actual searches. Secondly, influencing visibility in the explore sections of the marketplaces is much more difficult and indirect.

App marketing veterans Thomas Petit, Gabe Kwakyi and Moritz Daan all addressed this in their presentations. All of them also emphasised that these changes in the philosophy of the app stores do not make it impossible for the developers to affect their ranking – it just requires more in-depth expertise in ASO and app marketing than ever before.

When it comes to app rankings, Google and Apple emphasise different stuff

Of course, no one outside Google or Apple actually knows exactly how their algorithms work. But based on large-scale studies, certain influencing factors have become evident.

For Apple, both the number of downloads and great ratings increase the likelihood of your app popping up in the explore section. Google, on the other hand, is also interested in how well your app actually performs.

For Apple, both the number of downloads and great ratings increase the likelihood of your app popping up in the explore section. Google, on the other hand, is also interested in how well your app actually performs. Thus, things like retention (the percentage of your audience who actually end up using the app continuously after downloading), and a low number of crashes become way more important. It is important to note that Google Play is merciful in the sense that it does seem to give the developers some time to fix the app's problems – the studies show that there is a delay before app-breaking bugs start to have an effect on visibility, for example.

In most cases, ASO needs to work hand in hand with efforts in digital marketing channels. However, when it comes to visibility, it seems that at some point app marketing reaches a threshold after which simply putting more money in advertising results in gradually diminishing returns.As Gabe Kwakyi and Oliver Jiang of Incipia explained in their talk about the topic: word of mouth, on the other hand, is a practically limitless source of awareness – if you can make it work.

Word of mouth is a practically limitless source of awareness – if you can make it work.

Getting a great number of organic installs comes down to making both the product and the marketing materials around it more relevant to its customers in each iteration and building active communities.

For Wolfgang Peters, marketing manager of Flaregames, this means doing extensive customer research and continuously tuning the visual materials and marketing copy to reflect both what the players are actually looking for – and standing out in the crowded mobile game marketplace with a clear and to-the-point presentation that makes the choice easy and obvious.

In terms of making the organic loop a form of science, however, few companies do it better than the community chat app Jodel. Growth product manager Jegor Ivanov gave an enlightening performance that showcased this. By creating a way for the app users to share parts of their Jodel conversations on Facebook – and making sure that the users actually know how to use the feature with clever UX tricks – the company has been able to gain a great number of loyal users by practically making the community do a lot of the marketing themselves.

What's curious about communities is that their existence can sometimes go unnoticed when staring at traditional metrics. Anna Yukthenko, games analyst from Hutch games gave an interesting talk about this: she compared two racing games, one that was based on a well-known IP and another whose brand and concept was brand new. At first, it seemed that the retention rate after launch in the first one was much higher than that of its lesser-known counterpart. However, when compared during a longer time period it became evident that the lesser known game actually had a fanbase that was extremely passionate and committed, which contributed to the game being much more successful in the end. With many apps, slowly building a dedicated audience is a much better strategy than trying to please everybody.

Gentle guidance – the art of onboarding

As mentioned, Suvi was invited to give a talk at App Growth Summit on behalf of Taiste. Her presentation weighed in on app onboardings – those short but incredibly important tutorials that pop up when the user opens an application for the very first time.

A great onboarding experience can mean a difference between the user becoming a loyal customer or deleting the app straight away. With this topic, we were able to take the app marketing discussion to the level of actual user experience, which seemed to resonate really well with the audience. If you were one of the people there and are reading this: thank you for attending and the great conversations afterwards!

Phew! What an intensive two days. The amount of information and practical tips was staggering. If we had to pick one high-level takeaway from both events, it would be that app marketing is in a constant state of transformation. Algorithms change and new tools and ad formats are introduced. What was relevant information a year ago, is probably outdated or downright wrong now.

That is probably also why both of these conferences seemed to have an aura of urgency around them: everyone was here, first and foremost, to learn and share their knowledge. The decision to not have any vendors at the venues only reinforced this clutter-free atmosphere.Thank you Berlin, it was Wunderbar!

‍Want to read more about our travels? See our reports on Interaction18 and Audi MQ 2018.